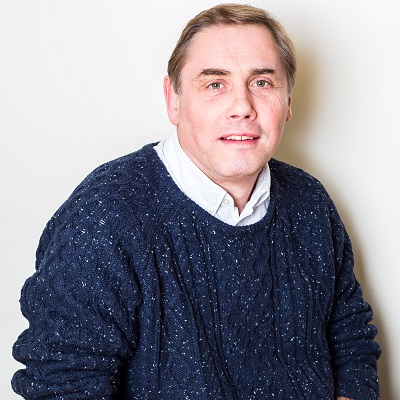 I went to medical school in Birmingham in the 1980s. Admittedly, that wasn’t my first choice of medical school due a slight “disagreement “over my chemistry A level grade: the examiners didn’t give me the grade I wanted on the first attempt! It turned out to be a blessing in the end, because I went on to have a fantastic 5 years at Birmingham (the less said the better) and I haven’t failed to make the grade in any exams since then.
One of my house jobs was in Stoke where I returned the following year to train in Medicine. At the same time I had the added bonus of meeting Mandy who I married in 1991. Five children followed which may suggest that I missed certain lectures on family planning as a medical student, although it has more to do with my wife’s desire to have a large family. Hence I will not be retiring any time soon!
After some training in General Medicine and Gastroenterology in Manchester and Sheffield I made the decision to move into Primary Care, because I could see that life as a UK consultant was changing in a way that I didn’t like. As a result of that decision I eventually ended up in Uttoxeter.
I am now the longest serving partner at Northgate Surgery where I have been since 1998. I’m really fortunate to have two great partners and a fabulous practice manager. During my time at Northgate the list since has grown considerably (60% increase) and we moved from our old building to a purpose-built premises in 2014. Since 2011 I have also done occasional sessions at Katharine House Hospice in Stafford which has greatly improved my understanding of palliative care medicine. I am now finishing that role in order to devote more time to the GP Partnership.
Much of my spare time is spent acting as a taxi driver for a growing family along with efforts to remain fit. However, due to a problematic right knee I have had to give up running. That said, my knee has allowed me to gain first- hand experience of the orthopaedic service at Derby over the last 18 months.